Every year at Rowany Festival I have the same problem on day 2 – I want something I can throw on quickly to go about camp to get coffee and make breakfast. Often I don’t want to be fussed with lacings or tight closures. Thankfully this era had a solution: the wrap gown.

General description of the style

There seem to be two styles for this comfortable gown. A true wrap style akin to a traditional Chinese wrapped garment (here’s one that Sarah from Mode Historique has made), and one with a soft V shaped neckline which either butts in the centre or has a small overlap. They are probably a hangover from the houpelandes of the mid 1400s. One thing that both styles have in common is their minimal depiction in the visual record and the sense that these were dresses worn from comfort.

The sleeves all seem to have a bell cuff of some description. They can be a small cuff at the end of a tight-ish sleeve, or a medium sized bell sleeve as seen on many gowns at the turn of the 16th century.

I have, of course, created a Pinterest board for this style of gown.

I had three images in mind for inspiration and guidance on design details: 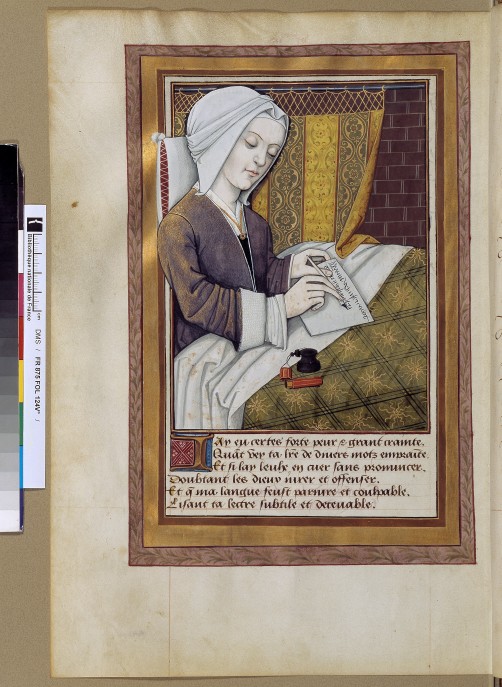 And here’s the finished result:

But where’s the ‘Pink’?? It’s fully lined in a dusky rose pink cotton:

Pattern: Self drafted, as an amalgamation of a pattern from Hunnisett which worked in the black on black on black gown, and a pattern taken from a corded bodice that I have which has been used for this UFO (coming soon to a HSF challenge near you).

The skirt is cut in 4 panels which sweep around 60 degrees from centre front or centre back. The skirt is self drafted, but the idea was taken from The Queen’s Servants. Sleeve pattern is also self-drafted but is based on a sketch in The Queen’s Servants (not one of the patterns in the sleeve grid at the back). It’s a simple trapezoid with a sleeve head.

New techniques tried: hand worked bars that the hooks catch on. So dainty and lots of fun to make.

How historically accurate is it? Cut and pattern: I think so, to the best of our knowledge; Fabrics: lining and interlining are not; Construction: major seams are machine sewn, everything else is handsewn. So a 7/10 feels about right to me

Hours to complete: Too many to count. Rough estimate is 20 hours so far.

First worn: To take some photos, but I’m sure sure that really counts 🙂 First official wearing will be Rowany Festival over Easter.

The Béguin Hood: A Construction Diary

This site uses Akismet to reduce spam. Learn how your comment data is processed.